Meltdown and Spectre: Where Do We Go From Here?

If cyber security isn’t already top of mind for you, consider these two words: Meltdown and Spectre. 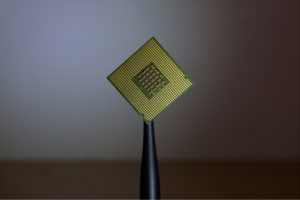 Photo by Brian Kostiuk on Unsplash

Though just revealed publicly this past December, these two security flaws have long existed in computer processor chips. If exploited, the flaws allow hackers to read sensitive data stored in the memory of the devices that house them. Cyber security experts have described them as the most serious threat in years.

The flaws are a result of the way the chips were engineered around 1995. Hard to believe they haven’t been modified in significant ways since (at least related to how they handle memory), but it’s true.

The original engineers did not consider threats that could materialize from chips connected to the Internet continuously (How could they? That wasn’t even imagined back then.). As a result, they created an unpredictably flawed feature called speculative execution that would eventually allow malicious code to manipulate a processor and obtain what could be very sensitive data.

These flaws affect not only desktop and laptop computers, but any type of computing device, including smartphones, tablets, copiers, fax machines, printers, and the wide range of “smart” internet-of-things (IOT) devices. In other words, nearly every modern computing device.

What does this mean for organizations that process secure data?

What should organizations do to protect themselves?

Organizations should take the following steps to protect their data:

Meltdown and Spectre may have the distinction of being the first security flaws announced in 2018, but they certainly won’t be the last.

Contrary to conventional wisdom, advances in technology can sometimes be the cause of issues like this. The chips impacted by the Meltdown and Spectre vulnerabilities, for instance, were designed many years ago – before the advent of IoT devices. As a result, their design didn’t account for an always-connected-to-network scenario. Even though computing technologies, networks and the way to access them have evolved dramatically, manufacturers have continued to build the chips in essentially the same way.

As technologies rapidly advance, it will be increasingly important to continually review, test and enhance previously conceived and actively used security. As Meltdown and Spectre reminded us, yesterday’s security may not be enough today.

Check out this video to learn more about Meltdown and Spectre.