Turning off your GPS won’t prevent smartphone apps from tracking you. 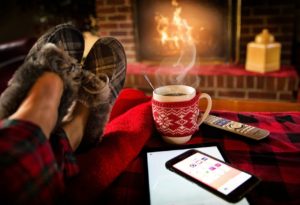 I was recently interviewed for an article on this very topic by Sophos’s award-winning threat news room, Naked Security. The article discusses an app researchers developed to show how precisely smartphone users can be tracked even when their GPS is turned off. The app collects unprotected (or loosely protected) sensory data stored on smartphones to pinpoint the user’s location. It can even determine what the user is doing – walking, driving a car, riding in a train or on an airplane.

“The app knows the time zone you’re in based on the information your phone has provided to it,” the article states. “It then accesses information from your barometer and magnetometer and compares it to information from publicly available maps and weather reports. After that, it keeps track of the turns you make. With each turn, the possible locations whittle down until it pinpoints exactly where you are.

“During a test run in Philadelphia, the researchers said it took only 12 turns for the app to know exactly where the car was.”

What are the security concerns of these findings?

Aside from the very obvious concerns for people in sensitive situations, such as victims of domestic abuse, celebrities, politicians, and individuals with high-stakes professions, being trackable through smartphone data opens the door to a host of other security concerns.

Most apps are created without meaningful security and privacy controls built in. And, most apps are collecting, storing and sharing all the data possible from the devices upon which they are loaded. That means an app is not only accessing data from its user’s device; it may also be combining that data with other data sets to clarify information about the user. This is made fairly simple through the use of increasingly more powerful big data analytics and artificial intelligence.

This is what makes so many of the comparatively few privacy notices provided by app vendors and device manufacturers so misleading: They may be correct in saying they are not collecting explicitly named data items from a user. But they almost always are combining what they do collect with other data sets to then establish very detailed insights into a user’s life, activities, locations, likes and dislikes and more.

How should these security concerns be addressed?

There are a number of ways smartphone users, app creators, smart device engineers/manufacturers and lawmakers can and should address these quickly growing privacy issues.

While accomplishing all of this may seem like an overwhelming task, the first step is raising awareness of the issues at hand. And that’s precisely what I hope this blog post did for you.